There was a time that I was looking for an integrated solution for a small, medium power, transparent and wide bandwidth power amp. My idea was that it would be a great project for a tweeter amp. After all, tweeters handle the high frquencies and would benefit from an amp that was not really powerful but that would reproduce the highest notes wit high fidelity - literally. I was also inspired by Douglas Self's opamp power amp published by Elektor, where he used tens of NE5532 opamps IIRC, in bridged/parallel configuration, to build a 30W power amp running off of +/- 17V supplies.

After a long search  found the AD815, which is a dual 'opamp' on steroids, designed to drive the (A)DSL line cming into your home, to deliver your internet stuff. Running off +/-15V, the output stages can handle load currents of half an amp, and there are two opams in a package. And the thing is fast and clean: they specifiy distortion of less than -100dB up to 100kHz!

The calculations were made quickly: using six AD815's in parallel, each opamp in bridge mode, would give me some 30W in 8 ohms. 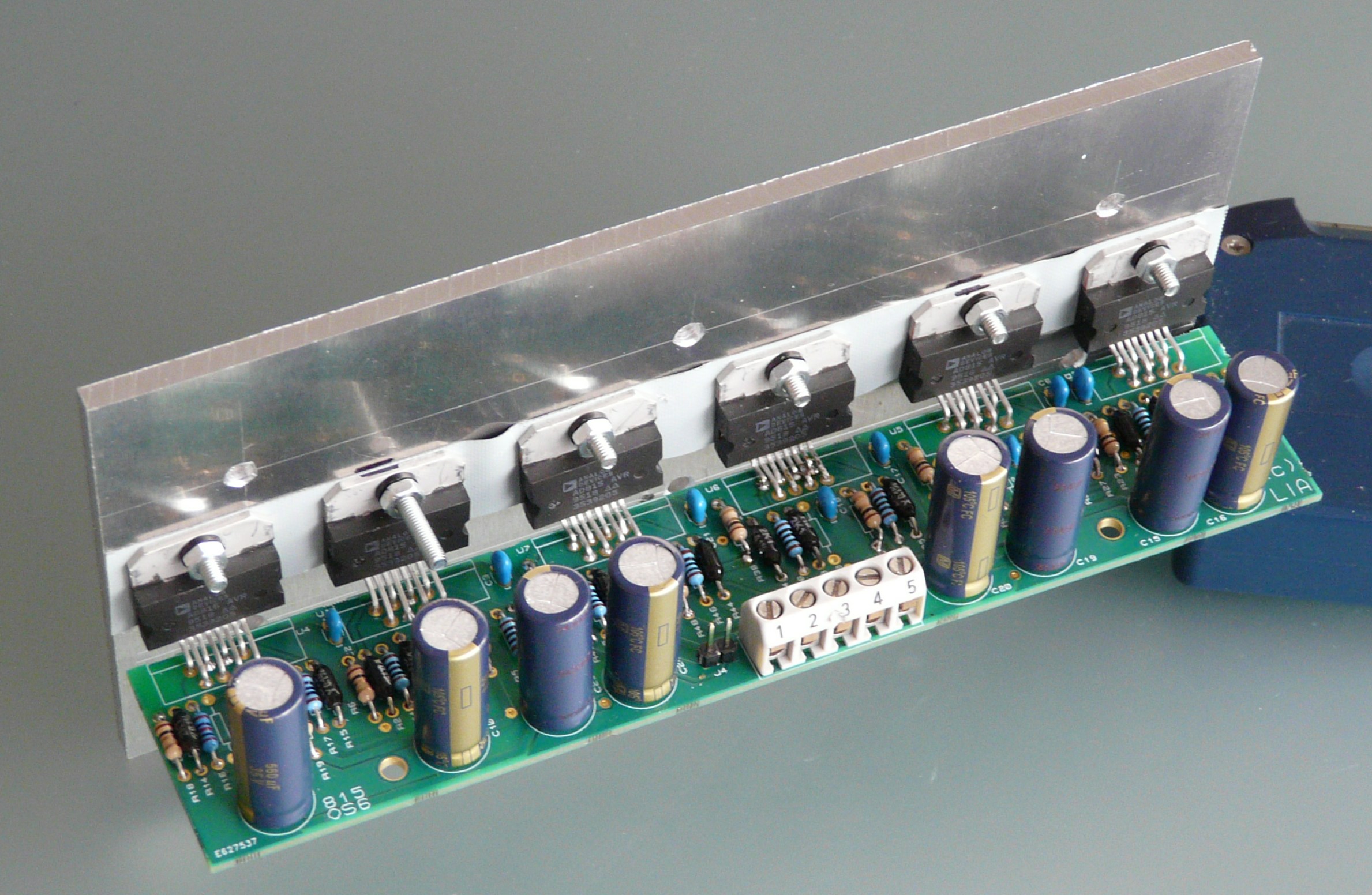 You will note that I use a lot of 2k resistors, even two in // when I needed 1k. The reason is that I want those resistors to be very much equal in value, and I selected 0.1% tolerance units. If they are not equal the gain of the individual stages may not track well which might lead to all kinds of equalisation currents from one opamp into the other, and that's lost power and wasted heat. I laid out a narrow PCB that would alow to screw the AD15's directly to the heatsinks on the enclosure sides as shown in the pic

The power supply is a simple job: transformer and rectifier / reservoir caps into a pair of LM1085 heavy duty regulators. The transformer has two fully separated secondaries and thus two positive voltage regulators are used, connected in series right at the two power amp PCBs. 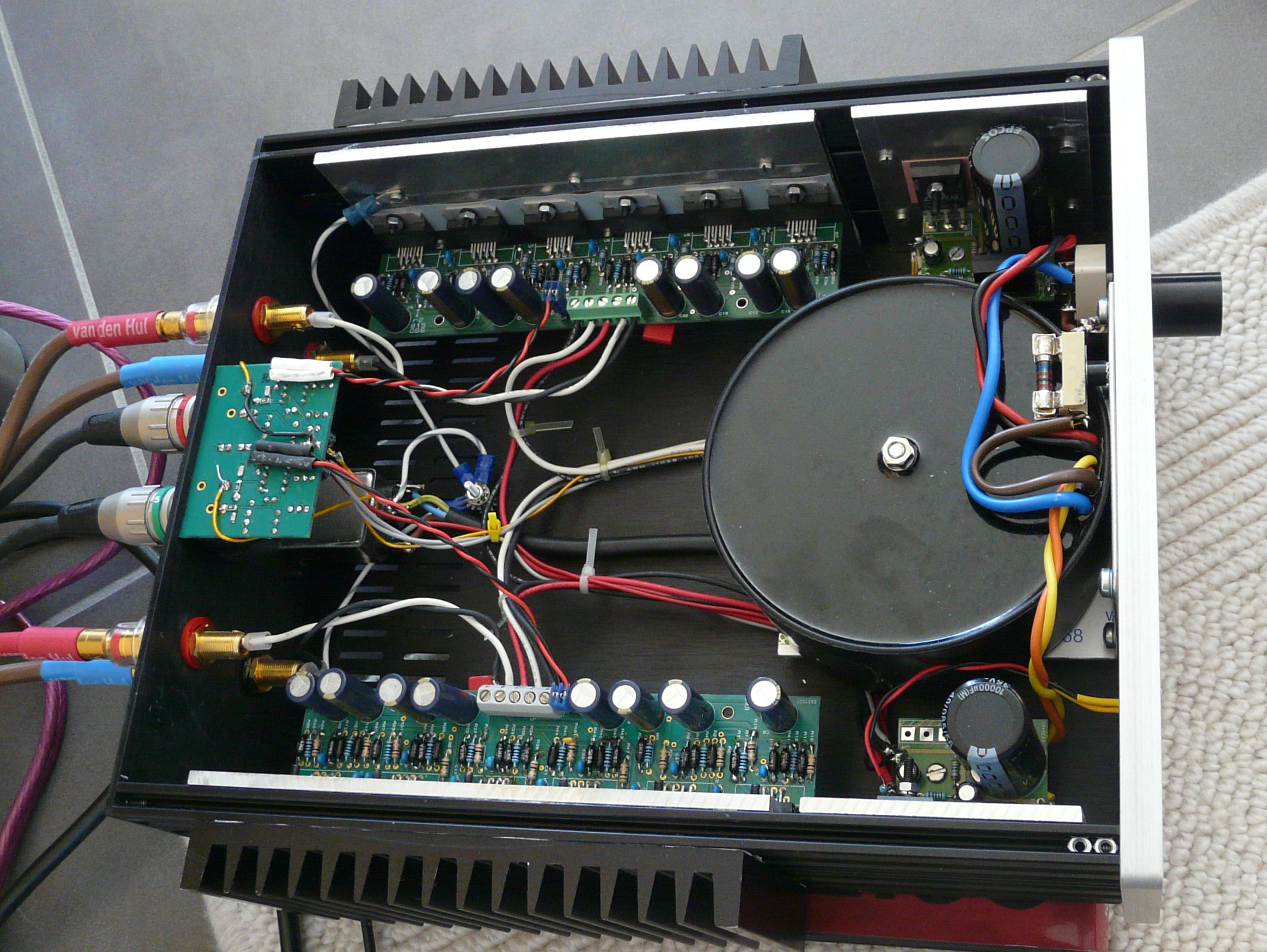 And here is the full monte.Turned out to be a very listenable amp, not just for a tweeter in a multi-way active system. It also shines when drivng reasonable sensitivity speakers. Horn speakers in particular sound very accurate and with high resolving power. I'm happy I added this to my amplifier arsenal ;-).